It has been exactly 1 month since we went to market, 6 months since we were formed and 12 months since the idea was conceptualised. The start of any entrepreneurial journey is with some heroes who inspire them, with some
believers who support them and with some critics who detest them. We feel glad that we are able to bring our idea to market in such a short time and with such limited resources. While this is just the beginning and there are many things that demotivate us at the end of the day, somehow magically we wake up with much higher motivation to go on and push.

I am sure most people who have done it before have gone through the same or worse. The feeling is unique, more so when you leave your job aside and there has not been a credit in your bank account and just debits and debits. When you are funding the business accounts, not wanting to charge the business with the costs that you incur on behalf of the business.

Being a father of two, I think, this is some what like a mother treats her child, feeding them instead of herself.

We formed Objectiwitty, as a business which will treat its customers and suppliers with equal dignity. Customers do come first for most of the businesses, especially in the Food and Beverages segment, however the suppliers (read the farmers) are the ones who are the ones being crushed at the cost of the consumer or the business itself. A lot of it is by design and there have been many leaders who have been successful in changing this design across the world. But back home, due to the quantum of the farmers a lot more needs to
be done. At the onset, we debated a lot on how do we treat farmers in our organisation-for our brand Swabhiman33, it had to be something drastic, it had to be something significant.

The only way we can keep up with the words that describe our company is by treating farmers as equal stake holders among our employees and investors, and thus we decided to have Rs 33 from each Rs 1000 revenue to be given back to farmers from whom products are sourced for Swabhiman33.

And we believe, if we are able to fulfil our promise, this will turn a huge incentive for the farmers to start and improve upon the organic practices they have been doing.

For our consumers, we believe from the onset that we need to have a level of transparency.

Transparency is the need of the hour for organic produce, as consumers are increasingly becoming aware about the food that they eat. This is not only arising from our personal experiences but also from the interaction which we have had with most of our millennial generation.

We wanted to build upon a transparent supply chain from the word go, we have build processes which we should be able to use as we scale up. We also wanted to ensure that in the process we cause as little harm as possible to the environment. At this stage we didn’t have many things in our control, but we decided to ensure that our packaging is bio-degradable. A very expensive commitment to make as my co-founders would agree. 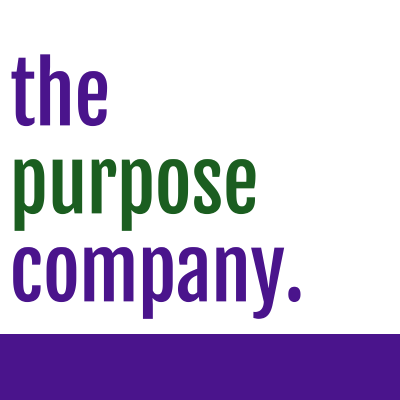 The Change to “The Purpose Company”

We've changed. From Objectiwitty to The Purpose Company. This change, in hindsight, was something that we should have done... read more